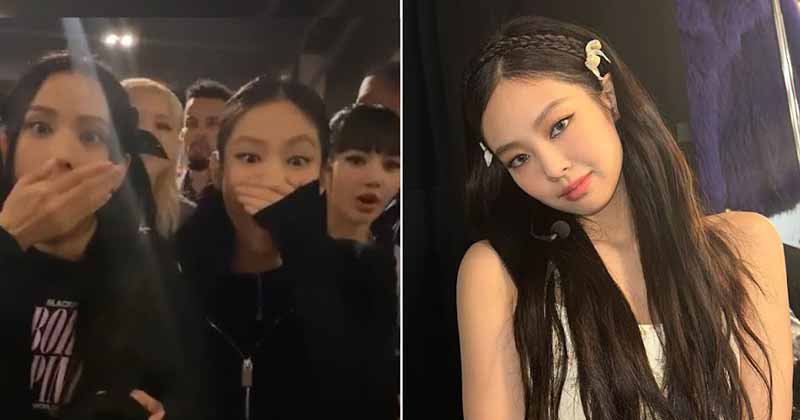 When K-Pop idols have the chance to meet fans, it is the perfect time for netizens to showcase their love for their favorite artists, whether it’s in a small or massive way.

Recently, a BLINK went viral after showcasing her love of BLACKPINK‘s Jennie in front of the members.

BLACKPINK is currently on the BORN PINK world tour, and after starting in Seoul, the group is currently in America, performing in front of thousands of fans each night.

One aspect of BLACKPINK’s shows that have gained attention is the “Send Off” event after the show.

During this time, a small number of fans can communicate with the members after the show, and it has truly created some iconic moments, whether it’s Rosé‘s reaction to a BLINK talking about her girlfriend or Jisoo talking about a solo debut.

i lost my voice but i told rosé i came from all the way from canada to come see them with my gf🥺 pic.twitter.com/ony5y20TTE

this blink said to jisoo ‘i can’t wait for your solo’ and she answered ‘yes, me too!’ 😭 pic.twitter.com/nHbXFy9EeM

On November 14 (local time), BLACKPINK performed in Newark, New Jersey. As expected, they wowed fans with their performance and unreal stage presence.

One user who was lucky enough to attend the fansign shared her experiences on social media. When the members were approaching her, she could be heard trying to get Jennie’s attention.

When the members finally reached her, the BLINK explained, “Jennie, I have your name tattooed in Korean.” She must’ve shown the members the image because Jennie and Jisoo seemed to have a really hugely shocked reaction.

As the BLINK explained, “It’s real,” Lisa and Rosé also realized what was going on, and they decided to have a look and had the same reaction, which was a mixture of amazement and shock.

The funniest reaction was actually from Jisoo. After seeing the picture, Jisoo licked her finger and pretended to try and wipe it off while the other members just watched in amazement.

Unsurprisingly, Jennie was absolutely shocked and couldn’t stop sharing her love with the BLINK with the tattoo. In particular, when the fan asked for a selfie with Jennie, she replied, “Yes,” with a huge smile on her face.

When the video was shared, netizens couldn’t get over the reactions from the members. In particular, Jisoo’s reaction definitely stood out as being truly hilarious.

The user also shared her experience on Instagram, along with an iconic selfie with Jennie that was definitely worthy of such a huge fan of BLACKPINK. K-Pop shows are truly memorable moments for fans and idols, and neither Jennie nor the fan will forget that moment any time soon. 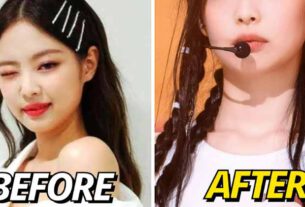 Remember When Somi Spoiled A Line In BLACKPINK’s “Pink Venom?” Fans Suspect It Was Changed